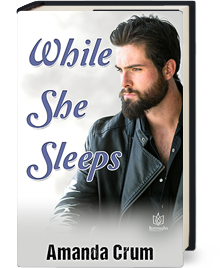 Autumn holds dangerous secrets - the problem is she sees them only when she's sleeping.

Tormented by terrifying nightmares, Autumn Phillips lives between two worlds. As a social worker, she sees the worst side of humanity, and the realm she enters while sleeping shows her things she doesn't want to believe are real.

When Autumn meets a mysterious, intense stranger in the woods, her instincts tell her to stay away, but when their paths cross again she realizes she can't deny the pull of gorgeous and enigmatic Killian Quint. She soon learns he has an incredible secret of his own.

Them meeting can't be a coincidence.

Killian didn't expect to be nearly run over on his first visit to Pine Hollow, and as he gets to know the beautiful and sassy woman who almost killed him, he realizes she could become more to him than he could've hoped for. But he can't let her get in the way of his mission. He's hunting one of his own kind - a vicious murderer who he intends to make pay for what they have done.

When Killian and Autumn's worlds collide it forces them to dig beneath the surface of dark family secrets and a reality that exists beyond human reach.