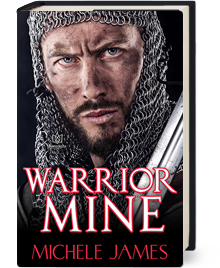 A wild prophetess cursed to foretell the death of friends, enemies, and lovers wants to let herself love, but she’s foreseen grieving over the king’s captain for the rest of her life.

With a temper fiery enough to warn off any soldier not to take what isn’t offered, Lara’s reputation as a wildcat is deadly. To add to her troubled life, which keeps most villagers at bay, she was born with the ability to foretell the death of her friends, enemies, and lovers.

When Lara’s arrested for assaulting a guard, she’s cast into servitude under Talon, the king’s captain. She’s foreseen meeting Talon for most of her life, and is now living her own private hell. Yet, as she gets to know him, she learns he’s a man of honor who fights for her. And the dreams in which he dies become a recurring nightmare.

Worse, she can’t imagine loving him for only a few weeks knowing she faces a lifetime of grief without him.