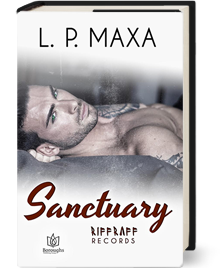 When Evie James decides to become the rock princess everyone on campus wants her to be, she falls off a cliff, and only Nick Barrens can catch her before it's too late.

Evie James loves to read, gets great grades, and enjoys being a good daughter. But after two days at SMU, she learns the entire university is disgusted that she's not a rock princess. Never one to disappoint, and desperate to fit in, she reinvents herself and becomes the darling of her sorority, and the girl everyone wants to be. Except Evie needs a little help to keep up appearances. What started as a boost has turned into an out-of-control dependency. Does she care? Nah. Not even when the tattooed god of her dreams, Nick Barrens calls her on it.

IS INKED ON MY SOUL

Two years ago Nick Barrens fell hard for sweet, shy, gorgeous Evie James. When she reappears in his life, she's not the same Evie. This girl is in trouble, and Nick can't help but try to save her. Problem is, Evie doesn't want to be saved, or so she says. But Nick knows the girl he fell for is in there, and decides he'll move heaven and earth to support her as she finds her way back to normal, and back to him. 'Cause the one thing Nick won't do is lose Evie ever again.