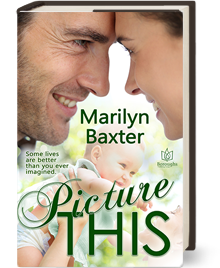 Handsome, masterful, and never in the same place very long, world-traveling photographer Nick Russo is everything ambitious Atlanta attorney Tess Callahan wants...until an unexpected pregnancy makes them both see a life they never knew they wanted, and that it’s now within reach.

SHOOTING FOR THE STARS

When it comes to relationships, Tess Callahan is gun-shy. An ambitious Atlanta divorce attorney, she’s seen the aftermath of relationships gone bad, which is why she has no time in her life for any man except for Nick Russo. Handsome and exciting, he’s the perfect choice to give her all she desires—including the fact he’s never around long enough for things to get complicated. Until suddenly they do.

Nick Russo has the world. His job as a photographer takes him everywhere, and he wouldn’t give that life up for anyone, not even the beautiful and brilliant Tess Callahan. Or so he thinks. An unexpected pregnancy is about to bring everything into focus, a brighter and more colorful world than he ever thought to imagine. The possibilities are endless, and they’re something he can capture not just on film but in reality.