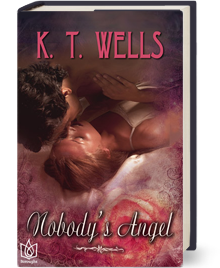 Twenty years ago Jake and Angie were the couple everyone wanted to be. When they split two halves of the same heart broke. With their high school reunion looming, will they find their way back to each other or continue to be haunted by what was? An ensemble of friends is pulling for them, but will it be enough?

Jake and Angie’s twentieth high school reunion sets the perfect stage for their lifelong friends to reunite the former sweethearts. Major roadblock - they have to trick Angie into coming home after twenty years. An elaborate ruse ensues at the same time they work on browbeating Jake into attending.

Maneuvering through emotional minefields rates a 10 for difficulty level, particularly when Angie lives the maxim: Time does not heal all wounds. And Jake? Check the Wiki pic next to Pride comes before the fall. Yep, that’s him tripping all over himself year after year.

But the firm conviction that these two were meant to be together propels a cast of quirky, determined friends into action. When tragedy derails the best laid plans, will Jake and Angie’s love rise to the occasion?

The summary peaked my interest, but it was the wonderful storytelling that won me over. This was more than boy meet girl, boy fallings in love with girl, and then he breaks her heart!! Oh, no this is much more than that. This is a heart wrenching story of two souls meant to be together, but thru their own faults they are kept apart. It isn’t until a childhood friend, says enough is enough and with the help of family and friends they devise a plan on bringing these two back together. It wasn’t as easy as it sounds and then just when you thought they were going to finally have a Happy Ever After, tragedy struck. Nope, I am not telling you a thing, you must read this to find out if true love does prevail..

There was a wonderful cast of characters in this book. I will tell you that I loved that the author provided a peak into the future with her awesome epilogue. I also love that she was able to soothe Avery’s heart and I hope that he finally opens himself up to discover love.. maybe a sequel..

This was a great read and I recommend this to anyone who loved and lost and still believes in the one perfect soul mate. This was surprisingly a book I couldn’t put down and in some ways I am sad it ended. This close knit group of friends seem like just the people I would love to call ‘my friends’.

I received this ARC in exchange for an honest review.

Every once in a while I discover a book that speaks to me. It has a wonderfully written heart-wrenching storyline, engaging dialogue, a hero and heroine who have the odds stacked against them and a supporting cast that feels like your best friends. This was one of those books (and for the record, there have only been 2 in the past 5 years...this being one of them).

Jake has a middle school crush on Angie and couldn't think of a way to get her to notice him. When she does notice him, in high school, it's only as a friend. But then by the beginning of their senior year of high school, the best thing happens to Jake and he's dating Angie. He loves her with all his heart, but he's also scared about the feelings and what that means.

Angie may have played hard to get with Jake, but she was absolutely in love with him and knew that he was her life. She was planning her future and never for a minute doubted what she thought were plans that both she and Jake wanted. When she finds out that Jake lies to her and changes their plans without talking to her, she's devastated.

This teenage heartbreak molds both Angie and Jake as they move into adulthood. Neither of them are able to hold meaningful relationships with anyone, tainted by what happened between them as teenagers. Angie, who is still best friends with her high school best friend, won't even travel to her old hometown because of the reminders.

It takes the skillful deception of their friends and one goddaughter to bring Jake and Angie face to face. While things don't go as planned, reading what unravels between the two of them is riveting...to the point you have to wonder what else they're going to have to deal with.

Wonderfully written, with engaging characters and an emotionally charged storyline.