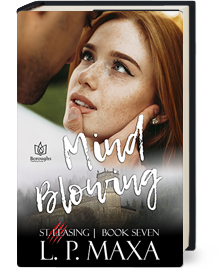 Laidback, sarcastic, and way into his freedom, Jasper loved college, drinking, and bedding as many girls as time allowed. He was particularly interested in the shy, quiet redhead in English Lit who kept her nose in her notes and didn’t talk to anyone. Especially since she’d made it clear, she wasn’t interested in him.

For a shifter, there was almost nothing better than a challenge.

And for Callahan, her biggest challenge was keeping Jasper from distracting her from her studies. He was temptation walking, and she knew, eventually, she’d give in.

What neither of them anticipated was what one agreed upon night between the sheets would lead to and how they’d react to major life-altering events.