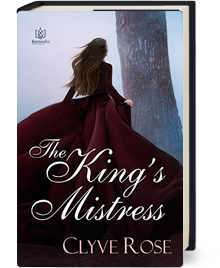 Lady Lydia Clifton must escape a brutal forced marriage and she must get out of England however she can, but Valkin Brishen, King of the Romany stands in her way, and he means to unravel why she is on the run, and why she's pretending to be his mistress.

NO ONE TOUCHES THE KING'S MISTRESS

Thrown to the wolves by her father, Lady Lydia Clifton faces a forced marriage and all the brutality that comes with the Earl of Basingstoke. She must flee, and has only one way out of England: disguise herself as Martha Dale, mistress to the Romany king.

Lydia knows her brother Wil became estranged from their family and all of English aristocracy because he fell in love with a Romany woman. That makes this white lie more potent, as it offers the kind of protection that just might keep her safe.

Despite her reputation being in tatters, all Lydia needs to do is to make it to France, and into the care of her oldest brother, Roger.

King Valkin Brishen is fully aware lies and subterfuge can and has brought harm to his people, yet when his men find a lovely English maid on the run who claims to be his mistress, anger battles with more than curiosity over exactly why this English rose is fleeing with such haste.

Her flight speaks of courage, but her deceit could put his people in peril.

And more, he wonders if it's worth the risk to his heart if he takes her under his protection.

Always a Princess
The Christmas Salon