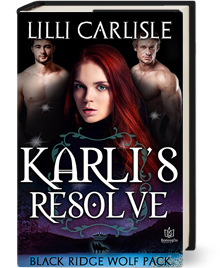 In their realm, a loving triad was welcome, but for Karli's parent's, anything less than a wealthy, powerful alpha would do, so they tore Karli away from her two true loves.

The Power of Unity

Twenty-five years ago Karli's parents ripped her away from her home and the men she loved. An omega with gifts worthy of only the most special man, her parents refused to allow her to mate with anyone less than a powerful, wealthy alpha. But at a young age Karli had found her forever in Joseph and Rowl's arms, and she knew she could never love anyone else. After a vicious ogre attack decimated the village where her parent's had hidden her, warriors came to save the wounded pack members. Warriors led by Joseph and Rowl.

Although she had seemed to disappear into thin air, Joseph and Rowl never stopped searching for the woman they loved. When Karli was discovered among the ruins of a small village, the fierce warrior captains couldn't believe their eyes. And once they had found her, they were never going to let her go. But dark forces were at work to separate the triad once again, and this time all their lives were on the line.