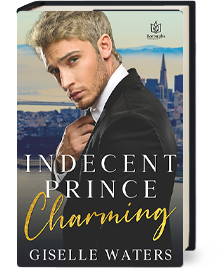 A man who has everything can't find the courage to pursue the woman he adores, and resorts to exploiting a situation where she has no choice but to be with him.

Adrian Douglas could buy and sell several small countries, but he can’t get Hana to go out to dinner with him. She’s grateful he’s donated to her charity, Esperanza, but that’s as far as she’ll go.

When a scandal rocks Esperanza, he sees an opportunity too good to pass up. He knows it’s wrong, and he should be ashamed of himself, but if he can get Hana into his bed, maybe he’ll get her out of his head.

Hana Romero and her best friend started Esperanza in a garage, and they’re living their dream until a scandal brings their world crumbling down around them. They have bills to pay, and donors to apologize to. Hana would do almost anything to have enough money to keep Esperanza afloat.

When Adrian asks Hana to come to his office, she hopes it’s to offer Esperanza a sizeable donation. What he proposes makes her stomach turn, especially because she’s about to say yes to the most despicable contract she’ll ever sign.

What starts out as a devil’s bargain becomes more than either of them wanted, and may be exactly what they need.