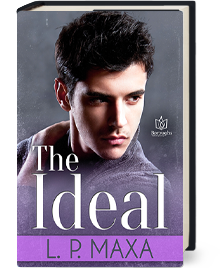 Nate's world is dark and his only bright light, his only saving grace is Savannah, but when she falls for his brother Jeremy, she leaves Nate without a lifeline, and that's something none of them can survive.

FROM DARKNESS TO LIGHT

Dark, angry, and volatile, keeping him in line over the last twelve years has taken its toll. He's doesn't get along with people, and she's the only person he interacts with on the regular.

She's the only one who can pull him back from the edge before he snaps.

His older brother Jeremy is the complete opposite. Happy, fun-loving, and laidback, when he's home from college for the summer, he starts hanging out with Savy. Jeremy wants to free her from Nate's dark hold, and wants to help her have some long overdue fun...then finds himself surprisingly in love.

When Nate reacts badly, turns out, Jeremy will do anything for the girl he loves.