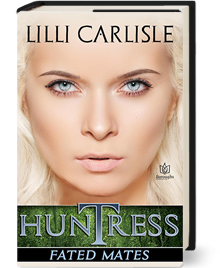 Adopted into the wolf pack that saved her, Rose was content, and that was enough, until she met her fated mates – the alpha and beta of a bear clan.

There’s a war coming in the shifter world, a tear in the veil that separates good and evil, and the reincarnation of ancient goddesses heralds the preparations for the battles ahead. Rose, a wolf shifter, whose birth pack nearly killed her, has found contentment as a member of a loving pack, and that has been enough. When she meets the Alpha and Beta of a neighboring bear clan and learns these men are her fated mates, her life changes in ways she never could have dreamed.

CAN SAVE THE WORLD

Brothers Mason and Riker Porda became the Alpha and Beta of their clan when their parents were slaughtered, and their lives have been a struggle ever since. While bolstering the health and safety of their clan is their life’s work, their hearts are sad and empty...until Rose. Their mate is everything they thought they’d never have, and when the threat of collector demons returning to earth invades the shifter world, the brothers learn Rose is so much more than their mate, she’s the reincarnation of the Goddess Thorne, the Huntress.