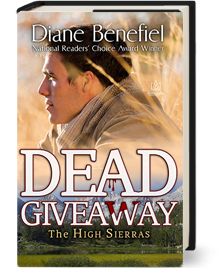 You’ve witnessed your best friend’s murder, taken her son on the run, and the police want to "talk" to you - where do you go? - to the man who’s always hated you, of course.

THE WORST THING THAT CAN HAPPEN

If asked, Gwendolyn Ballard would admit she co-parented her best friend Chloe's son, Cameron. Now Gwen is all he's got as they flee from the man who murdered his mother. There's only one place Cameron will be safe, and that's with his uncle, Elijah MacElvoy. Arriving on his doorstep at the Broken Arrow Ranch is a desperate decision, and Gwen knows he'd slam the door in her face if she didn't have his nephew with her. But she'll do anything for Cam, even if it means putting up with Elijah's distrust and judgment.

Chloe's dead. Cam's orphaned, and Elijah is confronted with the prospect of living with the one woman who's driven him crazy for the past ten years. He'll fight to keep her safe. That's encoded in his DNA. But can he trust her with a little boy who just lost his mother? As Eli watches how Gwen loves and cares for his nephew, he reevaluates his thinking and gives in to the smoldering attraction he felt the first time he saw her. With so much on the line, Eli comes clean about his past, making way for a future that's all about silver linings.