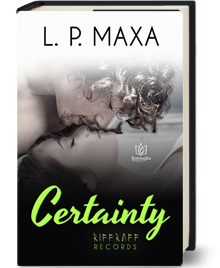 Marley doesn’t compromise, which is how she became a teenage mogul, but keeping Talon a secret may cost her the love of her life - she has her reasons, and prays he’ll wait just a little longer.

MVP means Marley Van Connor. Truth though: she is the most valuable player in a multi-national business that grows and sells high-grade marijuana. Her goal is to prove to the world the healing power of her product. She’s written papers published in medical journals, plans to get her PhD, and she can’t wait ’til she’s eighteen. Yep. She became a mogul in the early years of high school. As with almost all the Devil’s Spawn, Marley kept her secret from her parents for as long as she could. The kicker, she has a bigger surprise, and his name is Talon Roberts.

As the lead guitarist of Clashing Swell, Talon Roberts is living his dream. His band is signed with RiffRaff records, and they’re touring the country promoting their album. Everything should be picture perfect. But… He feels like a perv. He’s secretly fallen for Dash Connor’s sixteen year-old daughter, Marley. No effin’ way is Talon touching that. Time and distance allows them to start a friendship, but nothing more. Not until Marley is legal. And when that girl turns eighteen, she’s going belong to Talon. Forever.