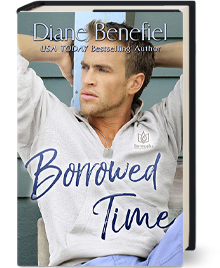 Undercover, Jon rents the apartment above his prime suspect's home and learns she's not who she seems, but she's dangerously enticing.

SILENCE IS NOT GOLDEN

Rane Smith has a secret. A big one she can't ever reveal without compromising her father.

Jon Garretson also has a secret. The undercover cop moves into an apartment above prime suspect Rane Smith's home. He's on the trail of justice, but he's also helping his brother get payback.

Jon discovers Rane is not who she seems to be, and that the drug lord Jon's working to take down also has Rane in his sights.

Complicated past relationships keep Rane from revealing any truths, even when she's beginning to trust Jon. Then she learns he's been deceiving her - that he's really an undercover cop – and that trust is shattered.

Fighting a desperate battle on three fronts, Jon must protect Rane, win back her trust, and build a case against the powerful drug lord.

Jon's fallen for the stubborn beauty. He'll put his life on the line to keep her safe, and hopes his heart is the only casualty.