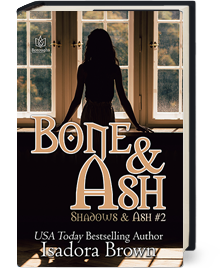 Monsters aren't only found in children's dreams, they walk among us, often disguised as friends and allies.

Ankura is on the brink of war and Hannah Walker is in the thick of it. It's time to take a stance, but she's not sure she's on the right side.

As if a world thick with intrigue isn't enough, Adrian Blood is still...Adrian. Annoying and secretive, yet Hannah can't resist him. Their simmering heat becomes a flaming fire and she discovers her passion as their relationship changes. Becomes more intimate.

With the Pascal family continuing to hatch devious plots, Sirens disappearing, and witches haunting the Forest of Legend, Hannah's world is thrown into chaos. Then a Siren is found murdered forcing Adrian to consult with the leader of The Lost while knowing difficult choices must be made.

Hannah is still unsure of the full extent and use of her powers, but to save Adrian she's willing to lose everything knowing love demands a steep price.